"We can make 3 lakh kits every day and give them to the government," said GCC Biotech
New Guideline - Patients with Home Isolation Can End Isolation 17 Days After Onset Symptoms
The center said there are 4362 Kovid centers in the country with a capacity to accommodate 4.5 lakh patients with normal symptoms

GCC Biotech India, a private company based in the South 24 Parganas district of West Bengal, claims to have developed a real-time test kit for Corona testing. The company's MD R Majumdar says the company has produced one crore test kits. Even if 3 lakh tests are done every day in the country, we can give so many kits to the government without any problem. One test will cost Rs.500. 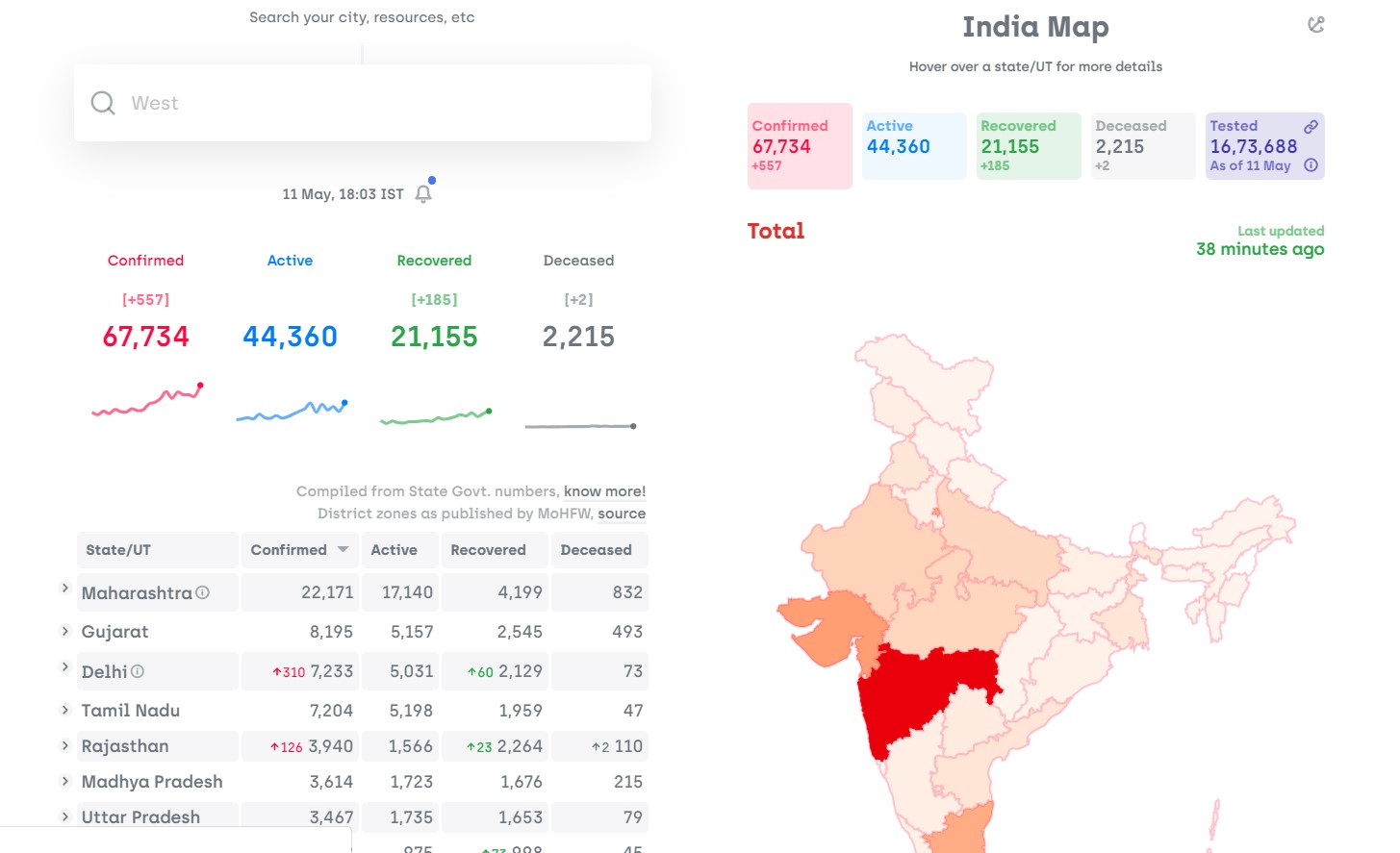 Corona's report from an official in Delhi's energy ministry has come back positive. Then the sixth floor of Shram Shakti Bhavan has been sealed. This is the floor where the Ministry of Energy operates. This information was given in a tweet made by the ministry. The office will begin work on Tuesday, it said.

The number of corona positive patients in the country has reached 67 thousand 635. On Monday, 126 cases were registered in Rajasthan, 38 in Andhra Pradesh, 28 in Haryana, 14 in Odisha and 10 in Karnataka. The highest number of 4296 new patients were registered in a single day on this first Sunday. However, a maximum of 1668 people were also healed on this day. These figures are based on information from covid19india.org and state governments. According to the Union Ministry of Health, there are 67,152 patients in the country. 44,029 people are undergoing treatment. 20,916 have recovered. So far 2206 patients have died in the country.

Changes to the Home Isolation Guidelines

The Department of Health has modified the guideline of hoi isolation for patients with a very common symptom of corona or pre-symptomatic. Patients with home isolation may terminate isolation 17 days after the onset of symptoms. In the pre-symptomatic case 17 days from the day of sampling will be counted. In both cases the condition will be that the fever has not come for 10 days. The Ministry of Health has also issued guidelines for patients with home isolation and those treating them. Both are required to wear a triple layer mask.

Madhya Pradesh, Infected-3614: 157 new cases have come up on Sunday. Former BJP MLA and current Congress leader Jitendra Daga has also been infected in Bhopal. Jahangirabad has now become the largest hot spot in the region. 165 infected have been found here.

Maharashtra, Infected-22171: 1943 cases came up here on Sunday. Which is the highest case in a day. 4199 patients have recovered. More than 800 people have lost their lives. Police said 786 police officers from the department have been infected with Corona. 703 of them are undergoing treatment. 76 police personnel have recovered and 7 have died

Rajasthan, Infected-3898: 84 cases of infection have been reported on Monday. Of these, 40 patients were found in Udaipur, 11 in Japur, 6 in Ajmer, 5-5 in Pali and Chittorgarh, 3 in Kota, 4-4 in Rajsamand and Jalor, while 1-1 in Nagaur and Dungarpur.
New Delhi: As many as 310 new cases were reported late Sunday night, Health Minister Satyendra Jain said. A total of 381 cases came up during the day on Sunday.