How to make Hand Sanitizer at Home

Oleh www.ojasjobs.com
18 May, 2020
Join WhatsApp Group
How to make Hand Sanitizer at Home

Hand sanitizer is a liquid, gel, or foam generally used to decrease infectious agents on the hands.In most settings, hand washing with soap and water is generally preferred. Hand sanitizer is less effective at killing certain kinds of germs, such as norovirus and Clostridium difficile and unlike soap and water, it cannot remove harmful chemicals.People may incorrectly wipe off hand sanitizer before it has dried, and some are less effective because their alcohol concentrations are too low. 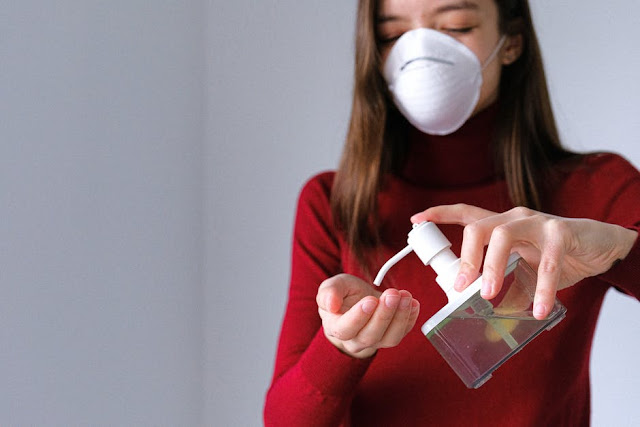 In most healthcare settings alcohol-based hand sanitizers are preferable to hand washing with soap and water. Reasons include it being better tolerated and more effective.Hand washing with soap and water; however, should be carried out if contamination can be seen, or following the use of the toilet. The general use of non-alcohol-based hand sanitizers has no recommendations.

Alcohol-based versions typically contain some combination of isopropyl alcohol, ethanol (ethyl alcohol), or n-propanol, with versions containing 60% to 95% alcohol the most effective.Care should be taken as they are flammable. Alcohol-based hand sanitizer works against a wide variety of microorganisms but not spores.Compounds such as glycerol may be added to prevent drying of the skin.Some versions contain fragrances; however, these are discouraged due to the risk of allergic reactions. Non-alcohol based versions typically contain benzalkonium chloride or triclosan; but are less effective than alcohol-based ones. 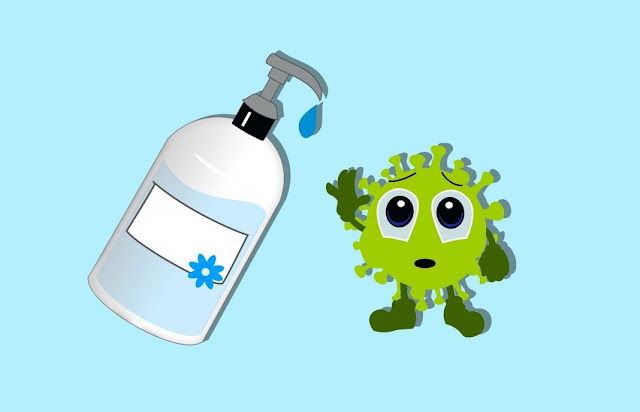 How to make Hand Sanitizer at Home

Alcohol has been used as an antiseptic at least as early as 1363 with evidence to support its use becoming available in the late 1800s. Alcohol-based hand sanitizer has been commonly used in Europe since at least the 1980s. The alcohol-based version is on the World Health Organization's List of Essential Medicines, the safest and most effective medicines needed in a health system.The wholesale cost in the developing world is about US$1.40–3.70 per liter bottle.

The Clean Hands campaign by the US Centers for Disease Control and Prevention (CDC) instructs the public in hand washing. Alcohol-based hand sanitizer is recommended only if soap and water are not available.

When using an alcohol-based hand sanitizer:
Apply product to the palm of one hand.
Rub hands together.
Rub the product over all surfaces of hands and fingers until hands are dry.
Do not go near flame or gas burner or any burning object during applying hand sanitizer.

The current evidence for the effectiveness of school hand hygiene interventions is of poor quality.

Alcohol-based hand sanitizers may not be effective if the hands are greasy or visibly soiled. In hospitals, the hands of healthcare workers are often contaminated with pathogens, but rarely soiled or greasy. In community settings, on the other hand, grease and soiling is common from activities such as handling food, playing sports, gardening, and being active outdoors. Similarly, contaminants like heavy metals and pesticides (generally found outdoors cannot be removed by hand sanitizers. Hand sanitizers may also be swallowed by children, especially if brightly-coloured.

0 Komentar untuk "How to make Hand Sanitizer at Home "