Prior to that, Gandhinagar was the only state capital in India which did not have an elected body administrating it.

The then Ministry of Urban Development at the centre, led by Saugata Roy, however refused to allot funds to the

GMC under the JnNURM plan as it had already reached the number of cities it could accommodate.

The Corporation has a council that comprises 33 seats representing various wards.

The maiden election to the council was held in April 2011.

The party that won majority seats in the Corporation Council was the Indian National Congress with 18 seats while the Bharatiya Janata Party, 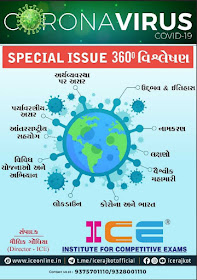 which governs the state of Gujarat won 15 council members.

postal ballot which was the only way non resident voters could cast their vote earlier.

The first mayor of the city was Mahendrasinh Rana,

while the deputy mayor was Yusuf Parmar of the Congress, who were elected unanimously by the council.

In 2012, three members of the ruling Congress,

including the mayor defected to the BJP, giving it the majority needed to run the corporation.

For example, The Corporation levies Property Tax on the residents of the areas within its jurisdiction.

It levies taxes based on localities and the income of the residents.

In 2012, the Corporation launched a facility for citizens to register grievances by sending an SMS.